← My First “Aside”
On Divine Omniscience and Freewill →

On Divine Omniscience and Freewill 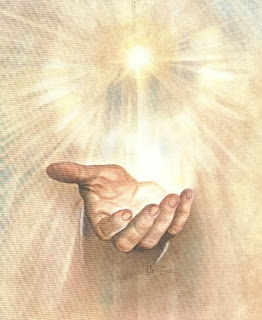 Trite, superfluous and mundane as internet chat room discussions usually are, there are occasionally flashes of real serious and interesting debate or dialogue. It is usually at times like that that I would start paying very close attention to what different people often say when they start waxing philosophical.  It is usually at times like this that you would be truly impressed or disappointed at the astonishing depth or shallowness of arguments or viewpoints that one may not have bothered to contemplate closely.

One of such discussions was taking place recently, when a usually infrequent but popularly known regular of the chat room started a much-needed and thematic deconstruction of Christian Theism. If you asked him, he would deny that he was launching any personal attacks – as a matter of fact he simply maintained that he was just philosophically analyzing popular belief and pointing out the fatal flaws and inconsistencies of the positions advocated by Christians. This sort of critical analysis of faith-based or religious claims are usually seen by the majority Christian theists in the room as a premeditated attack on their faith, but I beg to differ. I welcome such philosophical ruminations, because it helps to strengthen and bolster theistic belief when it is properly understood and seen to be free of some self-referential incoherence.
At any rate, the young man – I’ll just call him Kendoll – made a statement to this effect:

God’s Omniscience negates Free will. They cannot both exist. It is either human beings have free will or God is not omniscient for both cannot exist at the same time.

Posted on November 17, 2010, in Miscellaneous. Bookmark the permalink. 26 Comments.

← My First “Aside”
On Divine Omniscience and Freewill →