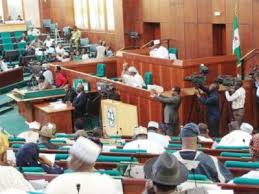 There you have it folks—the Nigerian National Assembly comprised of 109 persons in the Senate and 360 persons in the House of Representatives, collectively gulp 25% of Nigeria’s revenue. This is the country with the largest population in Africa with well over 150 million citizens (if you can reliably reckon with the outcome of the last census). I will not begin to catalogue a host of pressing needs and demands facing the country, for which a judicious use of it’s over $340 billion dollar GDP, would have gone a long way in addressing. Why? It is painful to recount and at the same time maddening to realize how badly things are being mismanaged if 469 individuals could appropriate a quarter of the national funds for themselves. This is just the Nigerian National Assembly mind you. By the time you factor in Executive malfeasance, and the cuts which would be appropriated by other different governmental bureaucracies, it leaves you wondering how much Abuja actually sets aside to do the bidding of the people.

Then of course, as Abuja disburses funds to the states, you can definitely expect the chain of political malfeasance to continue all the way down the chain. Is it any wonder then that Nigeria could be so richly blessed in terms of material and human resources, but at the same time, be gripped with paralyzing stagnation and privation? The article goes on to list a number of things which are wrong with the country and which must be addressed to better the lot of the masses. I do not want to sound like I am deeply cynical, but at the same time, I don’t want to sound like a broken record either—at the risk of being considered nonchalant, I’ll say that Nigerians are very much aware of how things are not working just like they are also very much aware of steps which could be taken to correct things. They have and continually make their frustrations known regarding the dismal performance of the political ruling class. But honestly, is anyone listening? How long shall the masses cry?