If you’ve ever for one moment in your life, paused, gazed up into the night sky and then wondered at how vast the universe must be, you almost always come away with a feeling of awe. You will be reminded of how small you really are in the grand scheme of things. The universe is incomprehensibly large—it simply staggers the imagination.
And yet, we are made to understand that this huge universe is expanding in its size. This is by no means new information to the scientific community even though sometimes one may be tempted to ask rather simplistically “Into what space is the universe actually expanding?” This is not a simple question if you have the proper understanding of the universe to be the embodiment of all space, time, matter and energy.
Be that as it may, there is new research that just became public knowledge. This research had to do with the number of large scale structures in the universe i.e Stars. We know that our Sun is just one ordinary star, in one ordinary suburb of one ordinary galaxy. Also, we know there are billions of stars like our Sun in our Milky Way galaxy. This mind-blowing expanse of real estate is just ONE simply galaxy. Imagine the number of possible planets that could be found in just the Milky Way galaxy alone. 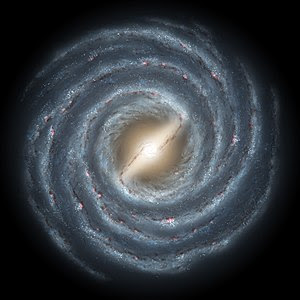 Just think, the Earth is about 93 million miles away from the Sun. The Earth is just one of 8 planets, moons and dwarf planets associated with just our star the Sun. Pluto for example is over 3 billion miles away from the Sun. And all this is just in our solar system. Then dare to imagine the vast expanse of the Milky Way galaxy having between 100-400 billion stars! Mind-expanding or mind-shattering, wouldn’t you say? Certainly or don’t you still don’t get it? Okay, listen to this. Light travels 671 million miles in one hour. The diameter of our galaxy (if you were to shine light from one end of the galaxy and followed it at this amazing speed till it traversed the entire diameter of the galaxy to get to the other side) is 100,000 YEARS!
Now, get this: our galaxy is just one galaxy out of BILLIONS of galaxies in the observable universe! Can you even imagine the number of stars out there then? Can you even attempt to wrap your mind round this figure? The number is incomprehensibly large. There are more stars in the universe than all the grains of sand on this planet! None of this is new knowledge anyway. I just like reminding myself how incredibly vast the universe really is.
But do you ever stop to think—what if there is more than we’ve been told? What if the universe is even bigger, weirder and more complex than we can even imagine? That is precisely what this research aims to show to wit that there are even MORE stars than we previously imagined. Three times as much! Yes, the estimated figure now is 300 sextillion stars! Yes, think of 3 trillion times 100 billion—3 x 10^23! Does this not lend even more awe and wonder at the amazing complexity of the universe? I am keenly interested in these issues, but I will end with one final point: it is great to keep unfolding the mysteries of the universe, but I doubt there will ever come a time when mortal humans inhabiting this third rock from the Sun, will be able to exhaustively unfold, understand and demystify the wonders of this universe! With time, we’ll just keep revising what we had already previously agreed we knew!

Posted on December 3, 2010, in Miscellaneous. Bookmark the permalink. 2 Comments.