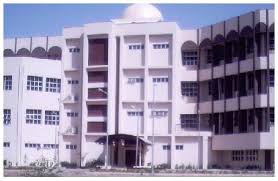 As if the crumbling state of Nigeria’s educational sector isn’t disheartening enough, one learns this:

Only 20.04 per cent of 310,077 candidates who sat for the Nov/Dec 2010 West African Senior School Certificate Examination (WASSCE) obtained five credits in English Language, Mathematics and three other subjects, therefore qualifying for admission into universities and polytechnics.

It wasn’t too long ago, in a discussion with a proud alumnus of one of Nigeria’s ‘popular’ universities, that I reflected on the painful deterioration in the educational standards of Nigerian schools and universities. Of course, that provoked great ire, and I was roundly castigated for my rather uncharitable assessment.  I was accused of being too cynical and melodramatic; my interlocutor also wondered why I would dare to compare the educational standards in Nigeria with that obtainable in other parts of the world granted that Nigeria, and by extension, many other African countries, had as he claimed, their own unique set of challenges. He then proceeded to lecture me on the quality of Nigerian Education, and how it supposedly compares favorably with and in some cases, outstrips that obtainable at the primary and secondary schools in the United States for example.

Without intending to offend my friend, I pointed out a few things, but as I didn’t have the relevant stats or figures to corroborate my claims, our discussion ended in a stalemate. In presenting these findings (as reported in this news article), I am merely seeking to draw attention to a shameful issue that demands urgent attention. Many Nigerians know this as well, even if it may be very unpalatable.

Firstly, Nigeria once used to have a great tertiary educational system. Degrees from Nigerian universities compared favorably with those from other parts of the world. Sadly that is no longer the case now. Crumbling infrastructure, unavailability of the necessary learning materials, and a shortage of thoroughly qualified and motivated professors play a role here. It is alarming, but there are an awful lot of Nigerian graduates in sensitive engineering and health sector jobs that are completely clueless as to what their profession demands.

Secondly, Corruption is so rife in the educational sector that even if one were to grant that the professors and lecturers in Nigerian universities are worth their onions, there are still numerous cases of incompetence involving lecturers; numerous incidences where lecturers have allowed themselves to be bribed for grades or they may subtly demanded bribes to pass a failing student;  numerous incidences where lecturers themselves have subtly coerced  or requested for sexual favors in exchange for grades or threatened to fail students if certain demands were not met.

Furthermore, it is also regrettable to note that the local and state governments cannot even provide adequately funded and working primary and secondary public schools. This has generated throngs of tiny, self-funded and sometimes self-contained money-making contraptions called Private schools. It used to be that children whose parents were wealthy enough could afford to yank them out of the public school system and then send them to special private schools were they were given an ostensibly more rigorous and more complete education. That is hardly the case now especially in the Southeastern corner of the country where there is a babel of private schools given the complete collapse of the public educational system. These so called private schools, springing forth in ramshackle apartments, or makeshift sheds and warehouses are not offering anything that is substantially more rounded or in-depth educationally.

It is therefore hardly surprising to note that of all the people who took the WAEC exams nationally, only 20% passed. Yes, only 20% qualified for direct admission into the universities around.

What is considered a successful result?

There are usually 8 or 9 subjects that one is required to take in the West African Senior School Certificate Examination (WASSCE). This is a national examination taken after completing SS3 or 12th grade to move on to higher studies in the university. The fact is that the better you do on all the subjects you sat down for in this exam, the better your prospects are in gaining an admission into one of the universities in the country. But even without passing all the 8 or 9 subjects, one is still deemed to have done well, and to have qualified for admission into a higher institution if one were to pass just 5 of these subjects (including Mathematics and English Language) with at least a C6 credit grade or higher. Results of the WASSCE exams are classified thus:

A3—A2—A1 (where A1 is highest distinction in the subject)

P7—P8 (this is just a bare passing grade; for some majors, a minimum passing grade may not be sufficient to gain admission)

F9 (this is a failing grade)

So, to underscore the point, only 20% of all students got results good enough to qualify for university education. Does that imply that universities all around the country are then going to sit back contented with only 20% of potential registrations?  Not in a million years! And so, as you would expect, there will be several thousands of unqualified or under-qualified students who will be walking the halls of the university campuses in Nigeria next year to fill up the required quota. Universities have a budget to work with you know, and they don’t like budget shortfalls!

Is it any wonder that the overall educational standard of the country keeps slipping? Pretty soon, all you’ll need to gain an admission or to enter into a prestigious Medicine or Engineering field in Nigerian universities will only be a pen, a piece of paper, and a wad of naira notes to grease the palms of the ‘right’ people!

Some will say that is the case already.