Last Saturday, Nigerians were finally able to go to the polls after the election was pushed back for a week. This was because Mallam Attahiru Jega the head of Independent National Electoral Commission (INEC), determined that it was perhaps the safest thing to do after there were massive reports that some necessary polling materials did not reach their required destinations. The election last Saturday was by Nigeria’s own unique standards a relative success. I say “relative” because as we know, there is scarcely an election held anywhere in Nigeria which is not characterized by shady underhand dealings, sometimes naked outright fraud and more importantly violence.
If truth be told, the wanton loss of life and property is probably the most fearful thing about elections in Nigeria. This is hardly surprising because elective office is probably the quickest and dare I say, least taxing route to instant wealth in Nigeria—it is no surprise therefore that some people are literally prepared to kill so as to achieve their goals of being “elected” to some political office.
So Nigerians went to the polls last Saturday to elect the members of Nigeria’s National Assembly (the legislative wing of government comprised of the Senate and the House of Representatives). I’ll say that for all the rumors and whisperings of wide scale violence, the election seemed to have been carried out with minimal violence.  I am gladdened by the relative success of the legislative elections even though there are still some wards in some states where the battle for either the Senate or the House of Reps are as of the moment, unresolved.

Like I emphasized earlier, election rigging is a regrettable but near-constant feature of Nigerian elections. Therefore, the one critical insight that foreign observers of Nigeria’s election should keep close to their chests is that the rigging and electoral fraud that is often claimed or reported is practiced in some form or fashion, and to certain degrees by EVERY side or party to the election. It is a unique Nigerian malaise. So when there are reports of electoral irregularities, it would do foreigners good to realize that it just means that the victorious party had deeper human and material resources and simply out-rigged the rest of the rigging lot.
Did that sound like an uncharitable assessment on my part? Well, I’ll leave that verdict to Nigerians who are keenly following the elections. Click here to view a tabulation of the latest projections from the NASS elections.
Would this relative success be replicated this Saturday when Nigerians go to vote in the Presidential elections?
Granted, it is impossible to say with any degree of certainty what might happen. But permit me the luxury of playing prophet. If you’ve been following the elections in Nigeria, you would doubtlessly have heard of the so-called “weakness” of Goodluck Jonathan. You might have even read trenchant analyses of his chances of being re-elected. You might have also read about or noticed the slight waning in the Peoples Democratic Party’s (PDP) previously near-total stranglehold on elections.  You might also be familiar with the fact that the North has virtually rejected Jonathan’s candidacy—choosing to throw in with one of three prominent Northerners in the race namely:  former military head of state Muhammadu Buhari, erstwhile head of the Economic and Financial Crimes Commission (EFCC) Nuhu Ribadu and the current governor of Kano state Alhaji Ibrahim Shekarau. This has led many pundits to opine that Jonathan may not get re-elected. 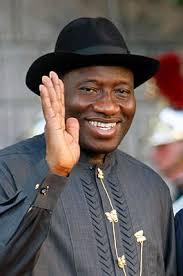 Indeed, this view has an arresting force if you stop back to reflect on the negotiations between the Congress for Progressive Change (CPC) and the Action Congress of Nigeria (ACN). From the reports I am getting, it appeared that there were intensive negotiations between these two parties to pool their resources and voting base together to counter or check the all-too-obvious preeminence of the PDP. Apparently, after ACN surprisingly garnished a significant number of votes and seats in last Saturday’s national elections, it now appears that they are no longer be considered a weak sectional party like All Progressives Grand Alliance (APGA) or a fringe and sectarian party created solely to parrot the dissatisfactions of random aggregates of Nigeria’s vast voting public like one of these newer parties that have now joined the scene. So not unpredictably, CPC felt like connecting with the Bola Tinubu-led ACN to hammer out a deal which would make them even harder to beat this Saturday.
It seemed that the proposition was for Nuhu Ribadu, the youngest of the presidential aspirants, and the flagbearer for the ACN, to subsume his political ambition under the wings of the CPC to allow Buhari emerge the combined choice of the ACN and the CPC. Given Ribadu’s youth and political inexperience, the CPC felt like they could offer Buhari (and his repetitive but unconvincing anti-corruption mantra) to this proposed merger and have Ribadu go along with it.  If it results in a higher visible national assignment or profile for Ribadu, and it secures the blessings and massive support of the North, what harm could there be in that move for Ribadu, someone must have thought.

Apparently that offer has been rejected by Nuhu Ribadu and the ACN—so it appears that the much-sought co-operation by Nigeria’s surviving opposition to undercut and possibly whither the finger of the PDP in Nigeria has suffered an insurmountable setback. Perhaps, that is why it was not surprising to read recently that Buhari was seen weeping at the fact that this may be his last time contesting for office: and he could already see certain failure. Frankly, he has been seeking the presidency of Nigeria since Ibrahim Badamasi Babangida (IBB) upstaged his government in a coup in 1985.It really looks like this might be his last time.
With all these developments, it seems to me that Jonathan is poised for victory in this presidential election. I am, as a matter of fact, declaring that he would ‘win’ this election. Now, before some crazed Jonathan fan runs off with this prediction, and starts talking in some messianic tones about how Goodluck Jonathan has been divinely selected and ordained by God to win the election and thus lead Nigeria triumphantly into an age of happiness, please consider this. From the very reliable SaharaReporters comes this revelation:

With some 72 hours to Saturday’s crucial presidential elections in Nigeria, presidential Goodluck Jonathan is deploying state resources far and wide in an unprecedented effort to buy every inch of support.  A Central Bank of Nigeria (CBN) official told SaharaReporters today that in the extraordinary spending spree, the Goodluck Jonathan team had mopped up some N107 billion in funds from the Nigerian economy.
Much of the monies is going to the northern parts of Nigeria where the campaign has handed over N2 billion to each key state governors and People’s Democratic Party (PDP) officials to capture the north for Jonathan…..

Posted on April 14, 2011, in Miscellaneous. Bookmark the permalink. 1 Comment.