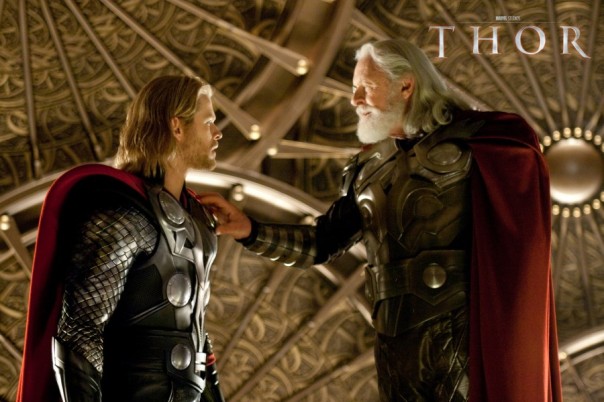 Last weekend, I went to see the movie Thor. After hearing or reading people talking about another sensational movie from Marvel comics, I figured that it wouldn’t hurt to check out this movie. It was in 3-D, so as you can imagine, I already prepared my mind for what promises to be a grand visual and auditory experience.

Suffice it to say that after seeing the movie, I can’t remember why I thought this movie would be spectacular. It really was just an overhyped CGI baby—as a matter of fact, if anyone is used to watching movies from Marvel comics on superheroes, they’d be hard-pressed to reconcile this movie Thor with their distinct expectations.

Without any apologies, I don’t think it deserved to be on 3-D. The movie was big on computer generated imagery, but not much about it required it to be in 3-D. There would not be much of a difference if this was rendered in 2-D. It would just be like any other old-fashioned CGI-dominated sci-fi set in some fictive realm in outer space.  To be blunt, that’s all this movie really is—a cheesy, overly fictionalized, computer graphics-generated harum scarum set in some unknown realm of space.

Apparently, they just took the Norse myths of old, and worked out a story. It is the story of how Thor, the son of Odin, king of the Asatru pantheon, rebelled against his father’s methods and was subsequently cast out of Asgard. Thinking his father to be weak, old and ineffective, Thor took it upon himself to go with a few of his friends to Jotunheim to fight the Frost Giants. There he quickly discovers that bravery can only lead you so far without wisdom and cunning. Luckily for him, his father Odin arrives just in time to save the Asgardian warriors from certain annihilation down in Jotunheim. Thor gets banished to earth where he learns the necessary lessons in humility, circumspection and sacrifice. Afterwards he is restored to his former estate.

That is the movie in a nutshell.  You’ll have to watch the movie to see the details. I am not quite telling you to see this movie or not to see it.  You’ll have to make that decision yourself. If you love sci-fi then there is a good chance you’ll like this movie. For the rest of us who thoroughly enjoyed movies like the Xmen series, the Spiderman series, Iron Man 1&2, Incredible Hulk, Batman and other quality Superhero movies, I can say this movie did not meet to the mark; it left much to be desired. It just reminded me of that hopeless movie Watchmen—and we all know what a colossal flop that was. I hope the upcoming Superhero epic called Captain America is way better than this.

What are your thoughts on the movie? Did you like it? If yes (and I suspect most people would say YES), what about this movie really tickled your fancy or made it such that you would recommend this movie to anyone? Other than the CG-imagery, was there much about this movie that suggested the rugged, human superhero to you?