This week’s Monday Night football promises to be very interesting: it is a showdown between the Washington Redskins and the Dallas Cowboys. We all know the bitter rivalry between the two teams and how they always give these division games their 110%. I am personally not  invested in the outcome of this match one way or the other; I’ll simply watch to see who eventually emerges victorious. At any rate, let us consider these:

b)      But Tony Romo the Cowboys quarterback is not very healthy this time around. He has a fractured rib and a punctured lung so I actually do not expect him to be on the field at all. There are reports that the punctured lung has healed and that it may be possible for him to play. If it is true that he has recovered, and he actually does start, then I expect that the Cowboys will be victorious.

c)      The Redskins have a real shot at defeating the Cowboys in Dallas this time. Their quarterback Rex Grossman seems equal to the task. Besides, I expect the Redskins defence to go after Tony Romo with blitzes if he does play. A powerful hit on Romo—one which ends his night—will surely have a demoralizing effect on the Cowboys. The reason is very obvious: the Cowboys are better when Romo is at the helm. 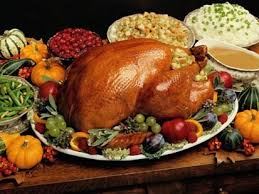 Well well well….another Thanksgiving Day is here again. It is the holiday that we gather with our families or our loved ones around a sumptuous feast to recount all the things in the year for which we are thankful. It’s as simple as that.

But, of course, there is that boring Macy’s Thanksgiving Parade to watch. And then, hurray–there will be FOOTBALL. This year, I am betting against the Cowboys in that match against the New Orleans Saints.  So Sorry Cowboys—but you are a miserable team this year; don’t let anyone convince you otherwise. 😀

Happy Thanksgiving everyone : go nuts on the Turkey. And don’t forget the Black Friday Sales that comes tomorrow.