Just like D’banj’s OLiver Twist song has gone viral in Nigerian circles, prompting an avalanche of youtube videos of Nigerians spontaneously getting jiggy with the beat, there is a song which has also gone viral in Ghanaian circles. It is called the Azonto song.  All over the place you can see people eagerly stepping or dancing to this gripping song and dance.

Try to dance to that song and see how well you can replicate those dance steps, if you dare! Ok, let me get my dancing shoes and do the Azonto!

On Muammar Gaddafi and Libya

The issue in Libya is gaining so much steam now and is being covered everywhere. Well here is our facebook discussion on the matter. After watching the clip below, a few people had something to say.

He speaks the truth you know

this is a non bias truth in a transparent form… i subscribe to this all the way, those people lack nothing, if nigerianz enjoys half of what libyans are enjoying from their goverment, i am very sure non of us will complain even if they stay for the whole generation.. the funny thing is that even at its worst .we are not doing anything about it.. who gives a damn about DEMOCRACY ? when it cannot deliver basic amenities. ALL we need is A Government that can deliver to its people what their basic needs are. who cares if it is AUTOCRACY or WHATEVER.

Aero I am damn with u…If Nigeria a democratic country where the government is been change every four or five years they dont enjoy up to half of wht the Libyans are enjoying in their country,then they call Gaddafi tyrant. Equatorial Guinea,formerly Spanish Guinea.In that country they make money from oil just like in Kuwaite, the population there is not up to one million,they dont have hospitals there,no good schools,last week my friend that went there on an ong works say they weren’t there eggs to buy.their president Teodoro Obiang Nguema Mbasogo assumed office 3 august 1979,I am sure the Eu and United States dont know that country exists,but they buy oil from them.

I mean what is this business of America to the world? This country is going through a lot already. This man is a man of truth. I sometimes get buttered by his words, because at one point I fall into it. Why is Obama allowing these people to push him. Obama should be smart enough to know to get this statement that Hillary Clinton said and I coauthor ” I will not be a secretary of state any more if Obama wins”. now you are invading Libya, what for? I was saying on buni the other time that, the people of Libya are very stupid… and I will say it blank here, Qaddafi is trying to unit the whole of Africa and he is moving in the right direction. And this is a treat to the western world. When the conference was held in Ghana, almost a common conclusion came into agreement, until ivory coast opted to send a concern letter to it’s allied to before they could do something. What happened? Aint they into tribal war over governance? Until when shall the black man learn. But I am telling you, this is all a aim at Saudi Arabia…but if America wants, they should try and see… it’s very sad… but God is our helper… Long Live Africa, Long live Ghana.

HANS, I started nodding my head while reading your post and I continued nodding it till I reached a certain point. Please Sir, how is Ghadaffi trying to unite all Africa and how is that a threat to the Western world? This man has been in power for 42 years and has not united anything. Now that his overthrow is imminent, you tell me he is trying to unite the world?

AEROMAXX, I agree with you. It began an argument yesterday where I told them that it is better for your country to return to military rule. It seems the other side of the fence (civilians) are not better either.

END_OF_DOCUMENT_TOKEN_TO_BE_REPLACED 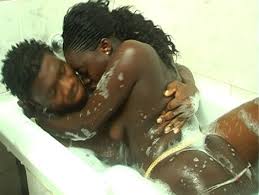