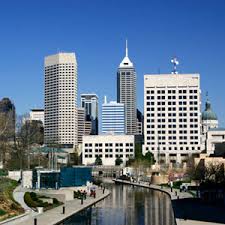 One evening, after a week of restless nights, Stephanie decided that she would ignore her fears and worries and call Josh. What’s the worst that could happen? At most, he’d politely decline and then I’d get some sort of closure here, she mused.  Trembling with anxiety, she dialed his number and listened anxiously as the phone began to ring. Sweat beads were already forming on her forehead and she wondered if she was not really being silly in attempting to reconnect with a guy she had unceremoniously let go five years earlier.

“Hello?” replied a female voice on the other end.

Stephanie felt like hanging up the phone immediately. This must be his girlfriend or fiancée, she thought. How incredibly silly she had been to call at this time of the day. She should have gone to his job—at least if he was there, and he recognized her, that would be better than having to explain herself to some random stranger over the phone. These thoughts were dashing around madly in her mind when she mustered the courage to speak after a long pause.

“Hi, my name is Stephanie. Please, I am trying to reach Josh. Is this his correct phone number?” she blurted out trying to sound as formal as possible.

“Hi Stephanie.  Please if I may be so bold, what is this in reference to? He is a little occupied now” replied the female voice excitedly.

Stephanie could hear the pitter patter of feet scampering in the background. Then she could hear an unmistakable manly voice.

“Give me my phone now!” the male voice demanded.

“No, you come get it” the female voice replied laughing.

Stephanie could faintly make out that the lady on the other end of the line was running around the living room with the phone while the man gave chase. Stephanie could not take it any longer. She felt like she was an unnecessary intrusion into another man’s life. Then she sadly ended the call. After what felt like a long time (but it really was like five minutes), her phone rang.

“Yes, someone called my phone from this number a few minutes ago but my sister was toying with the phone and she made me miss the call. So who is this again?” replied the male voice.

“My name is Steph…” she started to say.

“Stephanieeeeeeeeeeeee. Is it really you?” Josh shouted.

“Yes! Long time Josh. How have you been? You sound happy” Stephanie replied.

“Of course I am. What did you think? It’s been five years!” Josh intoned.

On and on, they talked for well over two hours. At first, it was awkward because no sooner had they started to chat than memories of their painful breakup started to flood back to their minds. To make matters worse for Stephanie, Josh pretended that he was still bummed out by Stephanie’s rejection five years ago. He recounted the events as faithfully as he could remember; taking special delight, in between hearty chuckles, to remind Stephanie that she was the one who had ended the relationship earlier. Soon afterwards, they began to connect as the awkwardness disappeared. Stephanie felt more at ease when she tactfully asked and was informed that Josh was still single. She narrated her story, taking special care to omit her extensive dating history. Apparently, Josh was finishing up in medical internship and was thinking of moving to a big city to practice there. He was not currently attached to any girl even though he had a few close female friends. On and on and on….

They called each other several times over the next few weeks.

Meanwhile, Stephanie kept on wondering why Josh was not eager to ask her out on a date. He had not even as much as suggested that he wanted her to be his girlfriend again even though they now discussed the most intimate things. What’s more? He had not even thought of asking her to visit him at home, nor has he suggested that he would visit her. Why was he seemingly blinded to all the subtle overtures she had been making these past two weeks” She knew that she did not want to appear desperate, pushy or overly aggressive,  but she knew she had to act fast while there was still time or their relationship would permanently slip into the friendship zone. She had to find a way to make a love connection, she thought, before it became virtually impossible to make him think or view her in any other light other than that of a long-lost but now thankfully recovered ex-lover. If she had come this far, and made these in-roads already, she would be very disappointed if she did not pursue this to its logical conclusion.

At any rate, what kind of guy was Josh? It is true that he was tall, athletic and handsome and seemed to have made something of himself professionally, but what sort of man was he? How did he regard the “fairer sex”? What was his dating life like before Stephanie came back into the picture?

The truth was that after Josh got dumped by Stephanie, something tender, naïve and innocent died in him. In its place was the wily wit and words of a seasoned car salesman, the most charming smile with which he effortlessly ingratiated himself to the bevy of ladies that seemed to run after him, and a manipulative, difficult-to-read exterior. He became the quintessential ladies man. And boy, did he leave a few women heartbroken in the past! Rarely does nature conspire to deposit in one specimen of the male species such physical attractiveness, such finesse and sophistication and such old-fashioned street-smarts. He exploited it to the hilt, having decided that it was probably impossible for him to ever fall in love again.

One day, as Stephanie and Josh were bonding on the phone, Stephanie casually remarked:

“Do you realize that we have been talking to each other for 3 weeks now and I don’t even know where you live?”

“I wasn’t aware that you wanted to know where I live. Who are you—the IRS?” he replied jokingly

“Joshhhh! Be serious. You play too much” Stephanie replied feigning annoyance at Josh’s antics.

“Hey easy tigress, it is not like you offered to show me your place and I declined” Josh said laughing.

“You didn’t ask for it. Ok, don’t you want to see what I look like now?” Stephanie queried.

“I think you have put on a lot of weight. Who knows, you might be walking with a limp these days. If you want to convince me otherwise, come and pick me up after work on Friday” Josh answered.

They both laughed about his last comment. Stephanie knew that he didn’t actually mean that last comment. In any case, if he did, then he would be pleasantly surprised when he sees her because she had managed to keep her figure; she was still attractive by any standard.

She knew that she had to look even more ravishing than she currently did if she was to make a lasting first impression. Stephanie was not dumb. She knew that she faced a very stiff opposition from other women who wanted Josh—if not for the fact that he was a medical doctor, then for his boyish good looks and his superlative sense of style.

Friday came, 2 days later, but it was ample time for Stephanie to have visited her beauticians or to have gone shopping for clothes and accessories. She was looking remarkably elegant when she drove up to Josh’s workplace. Work over, exhausted and in need of a shower, Josh grabbed his things to go home when he remembered that he had a date with Stephanie. He fumbled in his pocket for his phone as he walked down the hospital stairs towards the exit. His aim was to call Stephanie and ask her to delay her coming so that he’d have enough time to go home to freshen up. As he came to the main entrance lobby, there standing in elegant and effulgent apparel was Stephanie with a half-amused expression on her face.

Josh stood still as if he was struggling to absorb the glorious spectacle that confronted his eyes. In his mind, he was trying to remember if at any time in their past, he had ever seen her as dazzling as she was today. He whistled in surprise, but rather than stretch out a hand for a handshake, or go for a hug, he just stood transfixed to the spot staring at her. He slowly started to smile, and Stephanie who was suddenly feeling self-conscious because Josh’s inexplicable motionless paralysis had started to draw attention, asked:

“Like what you see? My car’s outside, but gosh, you look really worn out”

“Actually, I was going to call to ask you to come later after I might have freshened up. Seeing you now, I really feel terrible that I had not adequately prepared myself for the date” Josh said as they walked to her car.

Stephanie looked at his face and seeing the handsome earnestness in his eyes, was touched by the simple sincerity of his apology. “How keen those eyes were!” she thought. It was a Friday, and if things go according to her plan, she would be with him for the whole weekend. That was a good way to start rekindling amorous fires.

“All right. But you owe me one. Hop into the car, Doc” she said matter-of-factly, trying hard to disguise her excitement.

“No, I’ll drive” said Josh with an air of finality.

A few minutes later, Josh and Stephanie, were driving—not to Stephanie’s place, like was previously agreed but to Josh’s house.

What sort of riotous weekend would this be? What lies in store for me? Would I find myself falling back madly in love with him again? Could this really be the beginning of something new and beautiful? What if his sister was at his house? What if she doesn’t like me? What if….

A thousand thoughts chased themselves around in Stephanie’s mind as they drove on that summer evening to Josh’s house.