The Race To Wembley Begins

This does not mean that Unai Emery, the coach of Spartak Moscow, who was formerly the coach for Almeria and Valencia, will not be trying very hard to beat the Cules. However, if history is anything to go by, he has never defeated Barca in 12 attempts, and I am not sure he is about to start today. 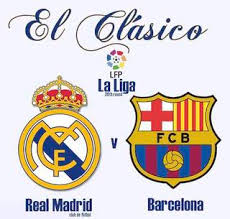 I just watched an interesting Champions League encounter between Real Madrid and Tottenham Hotspurs. Before the match started, I told myself that Real Madrid must do whatever they needed to do to win this match. The reason is fairly obvious: having dropped 8 points behind their archrivals FC Barcelona, I do not see a plausible scenario where they can succeed in winning the league title this year.

And that’s the rub isn’t it? So, even if they succeed in beating Barcelona in the upcoming El Classico, with 10 or less games left in the season, they would still need for Barcelona to lose a few more games home or away to get a realistic shot at the title. That is quite plainly, asking for too much. So, they had to come to this champions league match with a singular determination to do well. If they can keep their superior form, Jose Mourinho may nurse dreams of bringing the Champions League trophy to the Merengues.

So, I wasn’t surprised to see Adebayor score in the 4th minute of opening play as Los Blancos quickly surged ahead by one goal.

What I totally did not foresee was that Peter Crouch, the focal point of Tottenham’s attack, would bag a second yellow in this match and be sent off the pitch. What was his crime? He stretched out his long legs to stop the ball just as Marcelo was running to the ball. Noticing that Peter Crouch had already started going for the ball near the Real Madrid goal, Marcelo lifted himself up partially to avoid a direct collision, but then dramatically tumbled afterwards. It was a well-orchestrated fiction that duped the referee into believing that Crouch had committed a foul. Marcelo deserves an Oscar for that riveting performance.

With Peter Crouch gone, I knew at that point that the game was effectively over. Tottenham had no prayer in this match—certainly not against the caliber of Real Madrid. The first ended with Adebayor’s lone goal. It was during the second half then that Real Madrid came out guns blazing. Adebayor scored his second goal with a magnificent header; Di Maria blasted a powerful cannon that made the scoreline 3-0; and with 87 minutes gone, Kaka wires a cross that finds Ronaldo unmarked. He eagerly blasted another low shot that beat the poor keeper. 4-0 was an impressive way to defeat Harry Redknapp and his boys.

InterMilan lost to Schalke 2-5, strange as that seems to me.

Tomorrow, get ready to see Chelsea take on Manchester United in the Champion’s League. At that same time, FC Barcelona is set to play Shakhtar Donetsk. Barcelona, my team, will be playing at home and I frankly do not want to miss that match. However, I am confident enough to predict a victory. But I am also eager to check out the fierce rivalry between the number 1 and 4 of English football. At any rate, I’ll find a way to juggle both games. Did I hear someone, in earnest anticipation of tomorrow’s entertaining games say “the more the merrier”?

The entire soccer world is getting ready for tomorrow’s UEFA Champions league face-off between Arsenal and FC Barcelona. Arsenal comes to this match with a lot of confidence following their consistently good performance in the EPL of late. Besides, they’ll be coming out to avenge their disgraceful loss to the Blaugrana boys in the same tournament last year. If you can remember, the gunners came to that game bragging and threatening to dunt FC Barcelona a good clattering. When they were beaten 4-1 convincingly by an unstoppable force of nature called Lionel Messi, they had to learn the hard way that when Barcelona is your opponent, there is no need for empty boasts and an exaggerated show of confidence.

Arsenal prides herself as being the team in the EPL that plays the most beautiful and entertaining football. Nevertheless, I think that after their ordeal at the hands of Barcelona last year, they must have found some new respect for the Barcelona team, and are not likely to approach this crucial encounter with exaggerated confidence. That does not mean however that Arsene Wenger and his boys  will not give their very best in trying to prove to the world that they can beat any good team on any given day.

Barcelona, it has to be said, also needs to be wary of being too complacent; too self-assured of their invincibility, or too guarded. Since both teams play that free-flowing, multiple passes, gorgeous football, I expect a match filled with lots of dazzling individual skill as well as a clear demonstration of team cohesiveness. Barcelona should also not forget the rather disappointing result with Gijon last Saturday. It shows that with determination, Barcelona can still be made to draw or lose a game. The trick is to score against the Catalan Giants first and defend aggressively. Therefore Barcelona needs to exhibit a certain eagerness to show their fans that last Saturday’s match was just a slight road bump for better laid plans.

All in all, I expect a Barcelona victory. I predict that Barca will win 3-1.