What a rollercoaster ride this election season has been! Like many people, I am glad that at last the frenetic jostling for the office of the POTUS has come to an end. In the end, as I fully expected, Obama was re-elected as the president of the United States.
Yesterday morning I went to vote making fully sure that my iPod was fully charged. I knew that there’d be a great turnout so I braced myself for a long line. True to my expectations, there was a long line, but it wasn’t as long as I feared. Perhaps, it was because, like I thought, I had mercifully beaten the early morning rush by people who wanted to get in there early, vote and head off to work. I got in line around 9:45 am with other happy and excited people around.
One very chatty old white woman directly in front of me kept us all talking and laughing as she told us many of her previous election experiences. She was 93 years old but yet she could stand and walk around without aid. She stood with us throughout the 2 hours that it took for us to finish voting. I am still amazed at how strong that elderly white woman was. I remember that there were many times one of the election judges came over to her and kindly inquired if she needed a chair to sit. She smilingly declined, and stood with us all through as she regaled us fantastic stories about her life. I am not going to bore you with her tales anyway.
Finally, after what seemed like an eternity, I got to the voter machine and promptly voted for Obama. I rolled out and came home to relax and wait for others to do the same.
Now, how many of you were on tenterhooks as you nervously waited to see the outcome of the election? I was not one of such people. I patiently saw the whole process through; as a matter of fact, I was one of the people still awake long after Obama had given his victory speech. I can honestly say that I was happy to see that after extensively studying the trends, polls and examining the predictions from Nate Silver, I was thoroughly convinced that Romney was not going to win—and it turned out to be so. Indeed as I have pointed out before, I accurately called the election 6 weeks early!
How about some raw stats then? Obama won about 92-93% of all black votes; about 73% of all Hispanic votes; only about 35% of white votes; he beat Romney in women vote by as much as 11%. Obama garnered about 303 electoral votes to Romney’s 206 with 49 states accounted for. All that’s left is Florida with her 29 electoral votes. Chances are that Obama will get these electoral votes as well swelling his ultimate grand total to 332 electoral votes. He got around 50.4% of the popular vote or roughly 60,452,197 votes at the time of this writeup. This figure will increase slightly after the Florida votes are completely accounted for.
It is interesting to note however that Obama got 9 million votes less than what he got in 2008. Could this be because many people were disenchanted with Obama seeing as he has failed in definable ways to favorably impact their lives? Could it be because they became disillusioned with Obama after 4 years saw to it that some of Obama’s numerous campaign promises never materialized? Nevertheless, it is even more surprising to imagine that despite the bitterness of the long campaign, and the incessant chorus from the conservative base to the effect that Romney was going to beat Obama by a landslide (because of the dismal economy), Obama beat Romney in the popular vote and the electoral vote regardless.
The ugly truth is that Romney ran a spectacularly cynical and dishonest campaign. Time and time again, Romney flip-flopped on many issues of the day. It became apparent at some point in the campaign that Romney was simply saying any and everything to get himself elected—principles and records be damned. It might be the reason why many conservatives abstained from voting, or voted libertarian or otherwise. Just think how surprising it is to note that despite the deafening voices we heard during the campaign, proclaiming an imminent election-day Republican tsunami, it turns out in the end that somehow John McCain (with his caribou Barbie running mate) managed to get more votes in 2008 against a popular Obama than Romney did with a politically weakened Obama! There is simply no other way to parse this save to say that Romney had high unfavorables—many people frankly did not like him—least of all after they heard the now infamous 47% remark.
So what have we seen in this election? By running on inclusiveness and unity even in times of great adversity, Team Obama masterfully forged a way to his election triumph. Team Obama knew that with the recession and the 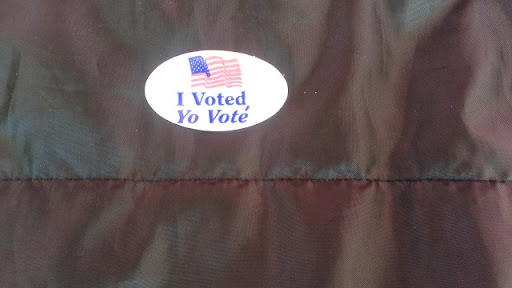 attendant snail-paced economic growth, he would lose the election if it was a referendum on the economy. In all sincerity, his administration’s record has not been terribly impressive even if one might grant that he is an impressive man personally. So, he had to make a strategic move to endear himself to the shifting segments of the American populace—in other words, having noted the changing demographics of the country, he had to make a calculated move to endear himself to the different portions of a fast-changing electorate.
That gamble worked in a big way. He received considerably fewer white votes this time around but scored impressively amongst the 18-30 age group, students, women, blacks, Hispanics, gays, labor and unions, the auto industry, veterans and the elderly etc. The demography of the country was changing and it now appears that no longer can the Republicans hope to win elections just by banking on the collective electoral angst of the white vote. To be competitive in future elections, the conventional wisdom is that the Republicans now have to seriously work hard to draw the youth and minorities into the party in much larger numbers. Otherwise, with these levels of Hispanic and women support for Democrats, the Republicans will invariably continue to experience future election-day woes.
Obama has now written his name into the history books. He is the first African-American president of the United States—a feat magnified once a person fully begins to understand this country’s past shameful legacy of slavery, racism and discrimination. Additionally, in winning a second term in office, he joins a smaller cadre of presidents—14 out of 44 presidents—who have served two or more terms.
All that remains now is to see how well he would govern in his second term. Also, one wishes to see whether the stinging loss suffered by the Republicans might have engendered some serious soul-searching to usher in a season, no matter how briefly, of bipartisan cooperation and an end to gridlock: is this asking for too much perhaps?

Posted on November 7, 2012, in Miscellaneous. Bookmark the permalink. 1 Comment.